As for music, especially progressive rock, I am not mention the many references to Dante's works that inspired compositions, especially in the last thirty years of the other century.

2021 was the year of the 700th anniversary of the death of the poet Dante Alighieri. In Italy there was a full calendar of events to celebrate it at its best.

Well, for some time I had been thinking of doing something of my own musically and then in 2021 in two days, mainly improvising and recording live, I realized my vision of "The Divine Comedy" in an entirely instrumental form. In "my vision" I also included the production of the cover, more exactly the album artwork.

The tracks are not short. However, it should be considered that the entire route (Inferno-Purgatorio-Paradiso) is 40 minutes long, spread over 7 tracks.

Musical ideas, arrangements, all parts of the keyboards are by Sandro Glavina. Musical performances improvised and recorded live, subsequently adapted and mixed in the studio. Album released on 28 and 29 August 2021

The entire album is free to listen to and downloadable

The intro reminds me of Phantom of the opera, great organ sound, a fantastic piece, bravo, cheers 💯💯💯👍🍻🍷🎹🎼 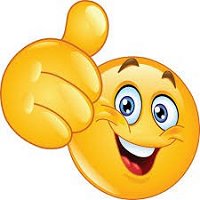