Does anyone have any ideas as to why these lines are appearing around my images which were edited in Xara Designer Pro with a green screen background and inserted in a MEP video?  The lines do not show up in MEP during playback, only after the DVD is burned.  When I re-create the same sequence in another program, they do not show up on the DVD

My system specs are as follows: 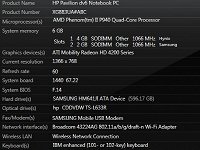 My problem clips are:

Any help would be greatly

I have had a similar problem - mine was caused by my missing a very small area on one edge of the photo in my photo editing software  - I thought i had the whole image displayed in the window when I 'greened' the bits I did not want but I missed a bit that I could not see down the edge.

There has been a lot of discussion about this amongst the German members see here for one thread http://www.magix.info/de/problem-mit-greenscreen-aufnahme-eine-weitere-frage.forum.818343.html?

Use microsoft translate to translate by rt. clicking on the open page, in IE.

Opinion is that it may have been present before but is more noticeable in 2013.

Solution seems to be to make a slight change in one of the numeric values in "3D transformation" or maybe just "Size and position" effect.

Something there also about moving the playhead manually to get it to show up in preview.

Like John, when I've had this sort of thing it's turned out to be down to some small error in selection or cropping.

It seems to me more like a bug from what I have read and a test I have just done.

It appears on any full video frame that has been zoomed out or cropped then animated across the background and I suspect from your experience that it happens with still images from time to time.

How did you fix it - by making the green background canvas larger or something, so that the edge never enters the background area? I think Vobe49 suggests something like this for video.

I am afraid I am having a little trouble following how the German guys method works and have not been sucessful in getting rid of it in the preview screen (It is BTW visible all the time in preview) or on export. They and perhaps you are finding that a small tweak in the perspective or crop somehow overides it...??

Maybe you guys could test.

Thank you to all who responded to my post.  I have used ideas from all answers to solve the problem, including animating the image thanks to integrating all of the ideas you offered.

Then I re-sized it to this 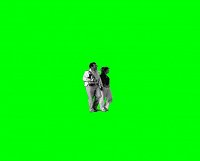 In MEP, I then streched the image before applying chroma key to fill the preview window, applied chroma key, then size and position, and the line was gone.  I then animated the image to move from left to right, and still no line visible.

Not sure if I needed to do the last step, but it worked.

Thank you all again for your help.

You could well be right. The difficulty is in knowing for sure whether we're comparing identical problems! My answer to George was rather general, referring to sypmtoms that sounded very similar, as I wasn't sure how to set up his scenario exactly.

Can you define in detail a test I can do of the issue you are describing?

I just placed a video in tracks 1 and 2 and made the lower one smaller in "size position" and then animated it across the screen with keyframes after applying the "Chroma key > Colour" effect to it.

I have just tried a few more things and can confirm this only shows up with the "Colour" selection (eyedropper) mode activated. The other standard chroma keys do not display it which may be why you and John have only seen it occassionally. It only becomes apparrent when the lower Chroma keyed ob ject (photo or video) moves through the background.

It is some problem with the redrawing of the object underneath and is probably tied into a problem reported by the German members where a 3D transformation of the lower object left a complete black blank cutout behind it on the background object. I can understand why then, that fiddling with the 3D distortion effect may have helped get rid of these lines as I can reveal a bigger black area by moving one of the corner handles inwards in "3D Distortion" mode. The only problem is I have not managed to make it smaller!

George - sounds like you have got rid of it by making the green background bigger in you external editor as suggested, which has worked around the problem by making sure the edges of the Chroma object never enter the backgound object area - or you have just used the "Green" key instead of the "Colour" key?

As an aside. I seem to be having trouble with this "Colour" selection mode anyway in that I have to hit the eyedropper tool about 10x in the preview monitor to activate it

I think I will just wait for the patch.