Hello. I posted recently about trying to download this program using the installer. It stays at zero and will not download. I have had brief contact with customer service, which is abysmal, followed their limited instructions and again they wouldn't answer for days. I found a "workaround" to get the actual program, not the installer, and installed it, using my valid key I then activated it. It works. However, the "extra content" that I paid for will not download because it uses the same installer software. I have already done all of the steps to remedy this, going so far as to deactivate all protections. Still at zero. Any other suggestions or does anyone know where I can download this pack without the installer?

I really like their products but MAGIX has the worst customer service. 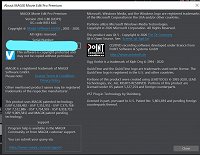 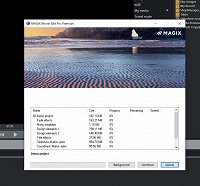 Sorry to hear you are having such a hard time of it.

I've only been on this forum for around three years but have only seen similar topic requests to yours less than a handful of times. I know Magix can seem to take a while to reply for some people but normally I found I have had a reply from them within the four working days they state on their main website.

The problems regarding connecting to various servers are numerous and I'm not going to pretend to know any answers to your specific problem although connections are seldom direct from one's PC to the server in question.

In short I don't think anyone here is going to be able to offer an adequate solution although I hope Magix gets back to you by Tuesday. There are one or two packages that do take a long time to download compared to the rest but most have downloaded at my end with no problems. Have you looked your internet providers forums to see if anyone else has had similar problems with downloads from other servers?

Looking at your system specs I see nothing that could hinder any downloading even though you are about three Windows updates behind. Have you also checked all your drivers are up to date including your Intel® Ethernet Connection driver ? Have you tested trying to download a large file from another site such as a TV show or movie?

Are you allowing the files to be downloaded to your C: drive?

Thanks. That's the thing is this is a new PC so I had to download and install everything I use for my work. Around 10 programs. Every single one without issues. I download and upload large files, websites, photos and more almost daily. It is only MAGIX programs that I have issues with and the only customer support that does not respond. The last inquiries told me my emails had gone to their spam folder. Then they gave me the same suggestions I had told them I already tried. Then no response again...

That's an odd response from Magix. To say your email ended up in their spam folder.

Do you host your own email or use a business one?

I'm wondering if it is difficult for the servers to identify whether that would be a problem for the download initiation.

You could try making say a Google based email account and change your email address in your personal login page and then see if the installer works if that is the case.

Other than that I can't think of anything. sorry.

Thank you for your message. We are sorry that you previous requests haven't been answered. I have checked what happened and these mails went to our Spam folder. This is why nobody has seen it.

So I am stuck with a lame product...

Usually the problem seems to be with anti-virus software. There are many threads about this.

Did you try deactivating your anti-virus software, then downloading?

One other thing, it seems that you had this loaded on another computer. If so, then did you not check off the box to keep the downloads (exe files) of everything? That is what I do to avoid having to download everything again. I just copy the exe files to the other computer and execute them. The downloads would likely be under:

Did you check on your other computer?

I disabled everything, thanks. This program is fresh on the new computer.