I'm curious, what was your first ACID product?

What was your first project?

I can't remember which version specifically, but I remember it being by Sonic Foundry, so maybe Acid Pro 4. Such a great, innovative piece of software for the time! Back then I used to make mashups; vocals from one track layered over instrumentals of another, so I think my earliest projects probably were mashups!

What did other people use Sound Forge for?

I got ACID Music 2.0 free with my first CD writer! 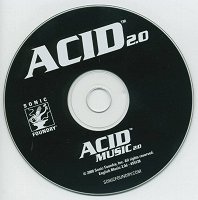 I always thought that was a bizarre naming convention as with each new update Acid was getting weaker until finally the latest version of ACID Pro (version 8) would have to be renamed Alkali Pro ;)

The new version is a very welcome addition to my software arsenal.. It is like catching up with an old friend...

I've been using ACID for about 18 years now. Started with ACID pH1 and currently enjoying Pro 8.

My first project is called "The Lost Pyramid" and still on ACIDplanet.com: http://www.acidplanet.com/artist.asp?PID=42977

2004 I got a tip from an A&R guy at Universal in Sweden when making a party mix for Alcazar(best of tracks megamix)...you can listen to it on Spotify(Dancefloor Deluxe)...he played me some crazy mash-up rnb and hip hop music made with I think Acid 3..and my jaw dropped like woohoo!::)) so the mix was created using both Acid and Magix Music Maker at the time...I have been a fan of Magix since MMM7:)

Later on I made some remixes for Alcazar as well...Stay the night - FL club mix (also on Spotify) and now I'm remixing their new euro pride track for this summer 2018 and hopefully they will like it...made with acid pro 7...and 8!

So much creative audio fun...

Thanks breathing life into Acid again! 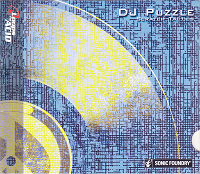 Acid Music Studio 10. After dragging my feet because of the mostly negative feedback I had heard I finally bought it. In the 3 years since I've added Pro 7 and 8, this time disregarding what I'd read and heard. Never made a better decision in my life.

Acid1! I was going to art school at the time and a friend was going to a local music school for production. He brought it over and put it on my pc. Eventually the rest of the squad got hooked also, lol. Them was the daaaaaayz.

these are some great stories. Hopefully – together – we can make many more awesome memories in the upcoming years!

This is a discussion for another thread, which I created here. Let's continue there.

Acid Pro 2.0. Have every upgrade since then. Still have the disc for 2.0 too

Sonic Foundry Acid Music (Rock) for $29 (?) from CompUSA was my first version, along with Sound Forge XP at the same price. 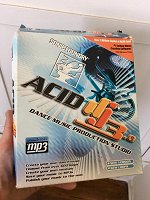 I found the Sonic Foundry site in 1999 and downloaded v 2.0. They were running a Beck Remix contest, so I downloaded the loops, did a remix and tied for third place! Been a dedicated Acid head ever since.

I started right at the beginning. Worked as an intern at Sonic Foundry for a month over break from college. They let me try ACID out before it was released. I was hooked. It definitely lit the spark which has led to over 20 years of producing music. 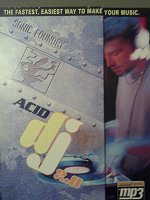 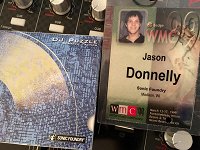 Badge from when Sonic Foundry sent me to the 1999 Winter Music Conference to demo ACID 2.0. Also pic from 2002 when they released my loop disk.

Everything here was made with Acid

2007 -- a late comer I guess. It was whatever the current Acid Studio was at that time.