The attached video tutorial (16 minutes) will help new users understand some of the more basic elements of Movie Edit Pro and may help resolve some of the basic questions about getting started. Most important are to download the free addons and to read the manual. The tutorial also covers initial import of photos and videos into the StoryBoard and exporting.

I would appreciate knowing if users find this video helpful and if there are any particular topics that you would like to see covered by tutorials. Future planned tutorials will cover basic editing and other features. 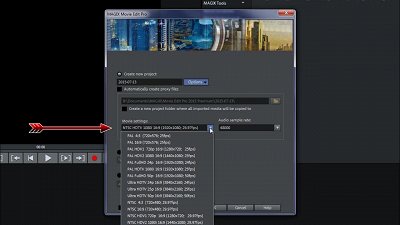 That's potentially going to be a great help for many new (and not so new) users.

I was successful a few years back in persuading Magix to include my draft 'stickie' in the Forum section. But despite my efforts it was never similarly placed in the Q&A. I've tried again several times, including a week ago, as we're getting an increasing number of questions that are not only incredibly sparse on useful information but plainly from users who have not read even the very basic stuff.

EDIT, 3rd Feb 2017: Pleased to see that this at last now been included in the new MAGIX.info site. And that another request I first started making four years ago, to combine the Forum and Q&A, has also finally been implemented.

I'm not optimistic, but if the magix.info folk do eventually adopt this long-standing suggestion, I would propose that a link to your tutorial would do the job perfectly.

Similarly, if you're agreeable, I'm inclined to answer such posts with something along these lines:

"First read John Brown's 16 minute introductory tutorial here: http://www.magix.info/uk/movie-edit-pro-2015-getting-started.online-training.1138734.html
Then if necessary post again. It will be much easier for us to help you if we know you have seen those basics and followed the steps to get any applicable extra feature downloads, etc."

Trivial points in case you ever re-publish:

Maybe it's changed in MEP 2015, but in 2014 and earlier I think the PDF Manual is significantly more comprehensive than Help. So maybe add something like "If you can't find what you're looking for in Help, try the PDF Manual."

Thank you for reviewing this and your comments.

Please use the phrase that you propose or one like it.

Thanks for the spelling correction. One can re-read something 10 times and not see the error, then someone else passes by and within 2 seconds sees the error.

I am planning to make a slight modification before posting to YouTube, if I can remember what I wanted to do. I think it was to do with the Free addons being included in the box version, and also to make sure to put a checkmark in the boxes to get the download. I think someone recently posted a download problem here and probably did not check off the boxes, which is why nothing was downloaded.

I will also add in your comment about the pdf manual. It is easier to follow than the Help file. As far as I can tell, everything that is in the manual is in the Help file, it is just that you cannot easily go from one page to the next.

I will replace the video with the updated one.

I have been working on the next part, Basic Editing, but it has had to take a back seat to my house renovations.

This tutorial also applies to MEP2016.

Really helpful - thank you!. I have Magix Video Pro X7 and the tutorial is useful for an overview.

I watched your vid. I set my visible jog to on, but I can only see it when I enlarge/fullscreen the Preview Monitor.

This is a very useful tutorial video!

Question... I noticed in yur tutorial, in your file,settings, programY....

under Video/Audio. these two things are unchecked

and under System, this is unchecked

should I do the same?

All I really needed was to learn how to open the timeline and trim clips.

But I'm sure the rest of the tutorial was just as helpful.

Well explained and easy to understand.  Perfect as an intro to MEP.  Thanks

A very helpful tutorial! I only wish I had seen it sooner.