This is a tutorial for anyone who has not attempted multi-cam editing or who is having problems getting started. It was done with and for Magix Video Pro X6 (VPX6), although some parts may apply to Movie Edit Pro (MEP).

One of the differences that I did not mention is that VPX6 allows you to move the audio object within a frame, whereas moving the audio part in MEP always jumps to the beginning of a frame.

Another topic that I did not include is the effect of widely spaced microphones. If one mic is placed close to the sound and the other far away, the video that is far away may have to be adjusted to compensate for the speed of sound and to line up with the audio/video clip taken where the mic is closer.

Comments welcome. I would like to know if you find this useful or not and if there are topics that I should have done better. 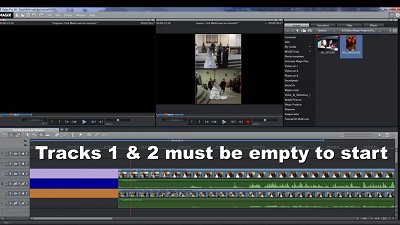 Very good, no big words and didnt treat me like the beginner that I am.

Thanks for your kind comments. Much appreciated!