The magix.info Community – Find help here
BASSMAYKA wrote on 3/24/2009, 7:40 AM
How to load VST Plugins & where to find all the best Music loops-Samples & midi synths. All for free ! 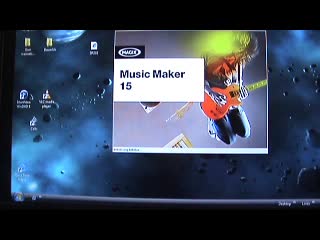 SR202.wmv
2 Answers
3656 Views
Back to post
cinenosin wrote on 6/18/2009, 11:11 PM
Good stuff!  The sound editor used in the video is called Audacity.  Actually, Music Maker can also convert a stereo file to mono itself.  To convert a stereo file to mono, drag the file to an empty track in the "arranger" area, "solo" only that track, select file/export/audio as wave (or press Alt+W), select the "mono" option and save the file.  Alternatively, Music Maker also has a built-in wave editor called Music Editor similar to Audacity.  Again, drag the file to an empty track, select the wave object, press Ctrl+Shift+A to open the Music Editor, and Export the file as mono.  One of the more useful tools that comes with the Magix Music Editor is the "Declipping" effect to restore those files that were recorded just a little too hot.

I have Bias fx2 software , i have tried to add plugin from this software but nothing appears in vst plugin drop down list, it records normal sound guitar but no effects!! a'm i missing something ?